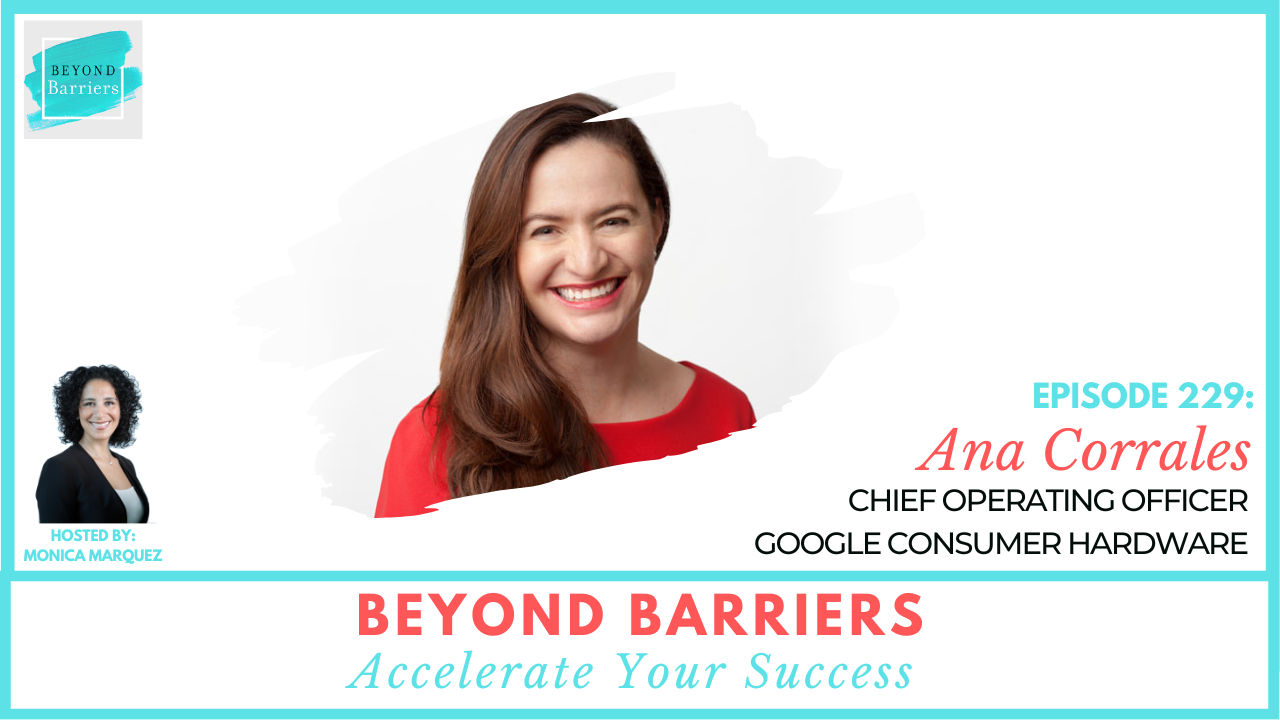 As a Latina pioneer in the C-Suite, Ana Corrales challenges herself to think big and to always contribute. She was an early entrepreneur—selling her handmade scrunchies to her classmates. And although she grew up in a STEM home, she found herself continuing to be interested in sales, so she shadowed a few salespeople and realized the field wasn’t as easy as she thought. But, that didn’t stop her. Ana loves learning. As she describes, she finds a subject that interests her, and she just “clicks, clicks, and clicks” online to find more information.

Management observing Ana noticed that she could do a lot of things, so they decided to move her into a management position herself. She has continued to work her way up to her current role as Chief Operating Officer for Google Consumer Hardware. In this role, a few mindsets make her successful. First, she believes you need to be undeterred when pursuing your goals. Second, you need to be willing to be uncomfortable and do the things other people refuse to do because of fear. Her older sister once told her to consider, “What’s the worst that can happen?” She has taken that advice to heart and sometimes just fakes it until she makes it.

Finally, Ana describes for us the importance of finding “white space,” which are those quiet moments when you can just allow yourself to think. She believes these moments have made her a better leader. For Ana, gardening gives her these moments. She savors any time she can get away from her devices and has also learned to say no and draw boundaries around her personal time. Ana has learned a lot through all of her experiences, and she shares those insights with us in this podcast.

“If you are passionate about what you do and you are contributing and really good, people will come to you and say, ‘Do you want to be part of my team?’” – Ana Corrales

“No one shows up looking amazing and totally relaxed all the time. There’s a lot of grit and you really need to want it.” - Ana Corrales

“Get comfortable with the fact that you’re going to be uncomfortable.” - Ana Corrales

“If you don’t have the narrative out there, there’s going to be a narrative about you.” – Ana Corrales

Previously, Ana served as Chief Operating Officer and Chief Financial Officer at Nest. She also served as Senior Vice President of Product Operations at Cisco Systems. In 2006, Ana co-founded a startup solar company. As the acting CEO, Ana sold the company in 2010.

Ana serves as a member of the [email protected] board and is an executive sponsor for HOLA, Google’s Latino Employee Resource Group. Ana serves on the board of directors for Watermark, the Bay Area’s largest women leadership organization, as an advisor to Roli, a company reinventing instruments that extend the joy of music-making to everyone.

Ana has been recognized by Forbes as one of the 50 Most Powerful Latinas in Business, and as one of the most powerful Latinas by the Association of Latino Professionals For America (ALPFA). HITEC (Hispanic Information Technology Executive Council) has recognized her as a top technology executive. She is known in the industry as a seasoned leader who can successfully grow startup businesses into multi-billion dollar companies.

Ana is a native of Costa Rica and earned a Masters of Engineering from Stanford University. She lives in the Bay Area with her husband and two children.

Get actionable insights and leadership success strategies delivered to your inbox every week. 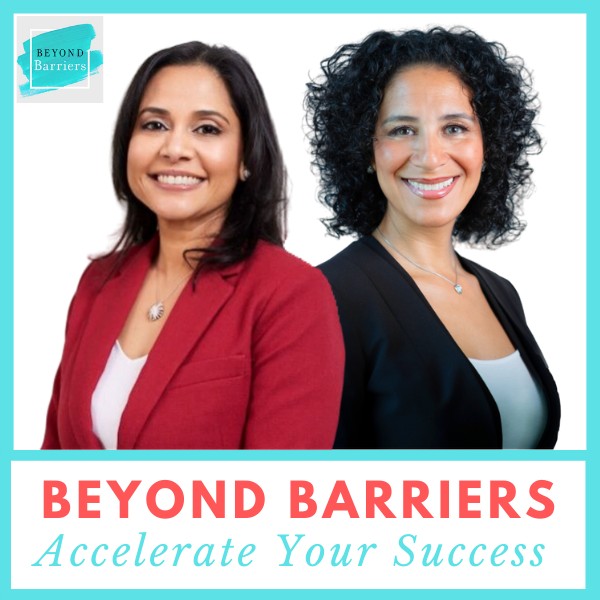 Love this podcast? Please subscribe, rate and review on your favorite podcast player.

Learn success strategies from C-suite executives, thought leaders and innovators on Beyond Barriers TV. Subscribe to get weekly episodes.

Get actionable insights and leadership success strategies delivered to your inbox every week.

By subscribing, you will be added to our mailing list to receive our informative newsletter and occasional email. You can unsubscribe at any time. We hate spam and will keep your information private. For more details, review our Privacy Policy.